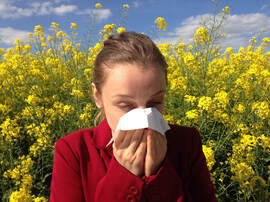 Hey Kaitlin are you feeling any better?
“Yes ! Bursts of energy then deep sleep , and I feel “ lighter “ . And my ears don’t hurt!”
Kaitlin in Maine
I reached out to Dan after having severe congestion and he immediately saw allergy and sinus issues. He worked on me and within hours I felt relief. A few weeks later in late March I felt chest tightness and congestion. He saw it right away and within hours of treating me I felt so much better. He is always on point with communication and such a great source of information. Highly recommend Dan!
Laure in NY
I was suffering from a sinus infection. Stuffy nose and a headache. I asked Daniel to see if I had any cords causing this discomfort. Sure enough there was. Daniel cut the cords. I was able to feel an instant sensation. Then after about an hour the symptoms vanished.
Robert in California
I received several cord cuts from Daniel and had one illness cord and three allergy cords. I had a bad cold that turned into bronchitis and had been sick for weeks. After Daniel cut the cords I started to slowly feel better and by nighttime I felt back to normal, it was the first time I slept without having to take Theraflu! My cough is gone. I feel back to normal and am excited to breathe and be allergy free as well.
Kim in NY

I've been suffering with seasonal allergies all month and last week had gotten so bad that I jokingly asked Daniel if there was such a thing as an Oak tree cord. A few hours later, Daniel comes back with there being 3 possible allergy cords and I tested positive for all 3. It was amazing, like he tailor made a new service for what I was going through. We decided to give it a try and within a few minutes magic started to happen. Immediately I could feel the face pain go away then my sinuses clear up and my nose stopped dripping. But the craziest thing was that I could take a deep breath and not wheeze or cough. I still had a very scratchy voice and Daniel went back in and found and removed a hook in my throat - voice back to normal within minutes. I'm surrounded by oak trees and the pollen count is extremely high but I haven't had a single problem with my allergies in over 5 days. I had taken all of the over the counter medicines last week and all they did was over dry my sinuses and make me anxious and groggy. Not even my neti pot helped. I've been asking Daniel to make this service public because it was such a blessing to me. Not having to take medicine every day with awful side effects has been life changing. I'm not even afraid to go outside and face the pollen anymore.
Carrie in FL