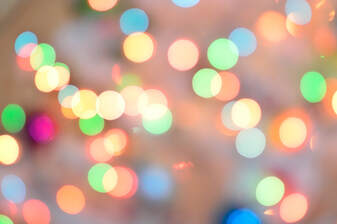 I have always had a memory that was great for long term things, and could remember things with photographic recall. But when it came to everyday things like people's names and where I put something, I was always struggling. But when Daniel did the memory anomaly healing I wasn't having as much difficulty at work remembering which task was on my list of what to do next, and I also seemed to multitask better when I was at home doing research and social media work. I also received what I thought were intuitions, but they were clearer than past intuitions in regards to how to manifest the intuition. Daniel's memory healing is worth it!

AF in Pennsylvania
My cognitive functions have optimized since Daniel cut and removed the blocks, cords, and memory chakras energy blockages from me.

Day 1: Within 20 minutes of Daniel cutting and removing his scanned findings for memory anomalies, I was extremely tired. Out of nowhere, I kept yawning and my head felt heavy like I needed to sit down to rest. This is a very normal initial physical reaction whenever Daniel does work on me. As a super-sensitive Empath, it is as if my physical body needed to shut down for a power nap to heal & reboot. On this day I did not take a nap as much as I wanted to because I had things to so around the house so I had felt brain fog and a general feeling of tiredness. By the end of the evening, some negative subconscious emotions surfaced. I sat in silence to observe what was playing in my thoughts.

Day 2: Woke up from a night of deep sleep. Dreamt of a few people from my past I have not been in touch with for many years. I carried on my day having different conversations and in each conversation I was able to quickly recall past memories. Information I studied recently in a foreign language was retained at a faster speed than before. My vision became sharper, like as if I could focus more.

Day 3: Sensitivity to certain smells brought me back to snapshots of places I have been to past or memories. The time it took to retrieve the information was faster like within seconds. Before I would say that smells familiar. This day I could say it smelled like when I walked the streets of New York.

This trial was a remarkable boost mentally and cognitively.