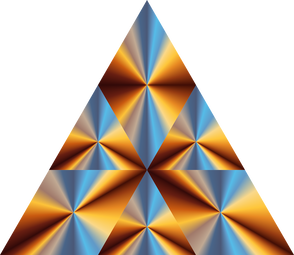 Blessings to everyone that reads this! Hello (Halo is what I normally say in greetings), my name is Don. Daniel asked me if I would like to try a product that he had created. This is an energy product which he created to link together all the Aspects of our selves with a single application of energy. In this way we will get to sense our Aspects through our sense of feelings. I received the application on a Tuesday afternoon. I felt the application come into me. It was not at all painful, but more of a presence and warm.  On Wednesday morning I was in a gathering of folks that speak in light languages (speaking in tongues). As we spoke, I found I was tearing up more than on previous times. This was a particularly intense session. We also received Source Code and it was signed. I recognized the signature.
This application that Daniel Teague gave to me is a positive and I am recommending it for anyone that would like to have this experience.

Don
N. Vancouver, B.C., Canada
I received the pyramid healing from Daniel. The surge through my third eye was So intense I had to lie down with my eyes closed. Sitting or standing I had vertigo. My eyes felt crossed, I could not see clearly.  It felt like the energy moved through each chakra, and also every little physical problem area or ache. I could also feel it surrounding me.  And it felt cyclical--like it went through the chakras and then passed through again several times. I finally went to sleep very early. Today I feel very tired, but positive. I feel a little dehydrated. Shifting from negative to positive thoughts is much easier.  I don't feel as angry or irritable.  I feel 'lighter'. And my big toe doesn't hurt.
Thanks Daniel.
Deborah in AZ

I received the pyramid of seven healing from Daniel. I'm from NY but I'm on vacation it Italy. As soon as the healing was done I immediately felt it throughout my whole body, especially my eyes and my stomach. It was very intense and I feel it still working on me. it's only been about a day but I am noticing severe changes in my mood. I no longer feel the need to get angry it's almost like I'm losing the anger emotion which is what I needed!  Can’t wait to see how I feel in a few days Thanks again!!! You’re the real deal. Highly recommended for all especially empaths.
-Alex

Thank you Daniel for helping me in this phase of healing. I had to rest after and let it run thru for a few days.
My chakras are still being cleared and it was in depth work. Sleeping better.
Kelly in California

The Pyramid of Seven healing was absolutely wonderful. I noticed an improved mood and less of a desire to be angry, which is great because I often tell people that I like being mad and I often get told that is a hindrance to my spiritual awakening. But after the Pyramid healing, my urge to have angry thoughts greatly subsided for several days. I also felt more in tune to the Pranic healing and meditations that I did a couple days after Daniel's healing, suggesting that this Pyramid healing is great for improving meditations and makes it easier for people to heal those who received Pyramid healings shortly beforehand. The pranic healer's even noticed a difference. There was a slight stimulant effect throughout the day for the next couple days after Daniel's healing, similar to one I get after sun gazing.
Andrew in PA

On Thursday night I tried the Pyramid Healing offered by Daniel. Immediately upon receiving the energy I had a coldness shoot from my right heal up my leg and then a buzzing energy in my head, neck and extremities. It lasted from 8:25pm thru the night and continued into the next day when it lessened around 2:30pm. Have been in a peaceful state of mind ever since receiving the energy.
Tammy in Ohio

I was not sure what to expect from this healing however each time Daniel does his thing the result is nothing short of amazing. This healing came on super strong and super grounding at the same time. I got an energetic buzz from it which lasted hours. I am an empath and felt everyone around me that I am close with. I felt as though I was literally checking in on a diagnostic level with source which I have never felt before from other healing work.  Words cannot describe everything.
David in Wisconsin