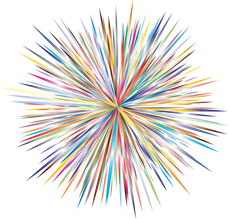 Daniel did a scan and discovered an emotional cord to heartache.  Once he did the clearing and a chakra balance I discovered a new overall sense of worth.  I felt more connected to my girlfriend of 4 years. We always have had a great connection but there was always an underlying issue I felt within myself.
I was Grumpy and not allowing myself to be open.  We all joke about calling me  "Grumpa" to my grandkids.    Once that was cleared I am happier, laugh more and find myself being more creative.  I love being intimate with my girlfriend more than I have ever been with anyone since this cord was cut.  Thank you Daniel for showing me there's more to life!
Greg in PA
My anxiety began on a Wednesday.  I felt a lot of anxiety and some anger. I even had a small panic attack (which isn't normal for me) I was very restless and wasn't sleeping well either. I reached out to Daniel and he informed me I had some emotional cords. He told me to try and pin point when it started, which I did.. I was truly amazed that within an hour of him cutting the cords I felt 90 % better. I felt calmer lighter. That night and since I have been able to get a good night sleep. Daniel is AWESOME.  He has helped myself and my family on numerous occasions.  He is a true blessing. Thank you.

Thank you so much Daniel,
Much love,
Val in Arizona
My son started cleaning the house at 3 pm and is still cleaning! He's been moping around, staying in bed most of last week and all day Monday.
I think you made him feel better.
Annie in Arizona
I have worked with Daniel for a while now and this time am blown away by the results of cutting these cords. I have spent a lifetime of being jealous and angry it has ruined every relationship I have ever had. In fact I just broke up with someone the day before Daniel contacted me over this so I was excited about the opportunity to let those things go. When he cut the cord I felt a lump in my throat that seemed to slowly dismiss within an hours after that I felt really good at peace in a way I haven’t felt. I let the day go by taking inventory of the relationships I have had and how they ended I felt no lingering jealousy or anger towards any past loves which is huge for me I had been holding on to anger for a very long time not knowing how to get rid of it. It has been a couple of days now and I feel great no anger or jealousy at all. Thank you Daniel for this amazing gift.
Tammy in Indiana

The day after Daniel cut my emotional cord, I had a strange feeling where things that normally made me angry made me get emotional and almost teary-eyed. Considering that emotion-based love is better than anger which is normally fear-based, I think i can say that this change of feelings made Daniel's cord cutting worth it. These emotions came up later in the day, actually. For the first part of the day I remained relatively calmer than usual.
Andrew in Pennsylvania

I awoke very angry today, but I could not understand why I was angry and I was not angry with another person. I messaged Daniel to check me out as I have been corded with people and it makes me act similar to this. He told me it was a cord with anger, he cut it and sure enough about 30 minutes later it faded away.
Thank you
Stephanie in Washington