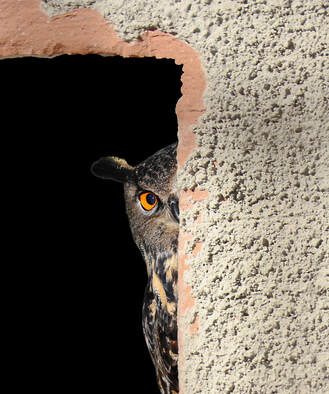 Typically spirits that have tried to make contact with their family members but have failed will get more assertive. They may try all sorts of gentle ways to get your attention. Moving objects, wall frames, calling a name out, etc. Realistically objects cannot move on their own BUT the energy field of the objects can be moved. Sometimes the spirits will show themselves in light body form to children and others whose 3rd eye is active.

If you believe or unsure you are being assaulted or attacked by something that is not a spirit please contact Daniel about a home scan.
​
If you seek a resolution contact Daniel.

A month ago I had a lucid dream that felt so real. It was about a man trying to force his way into my apartment and not being strong enough to hold him back. It was so clear that I could have drawn a picture of his face. Later in the dream I was looking at myself in the bathroom mirror and I had black eyes and a shadow over my face. A look of pure evil. I knew this was a sign from my spirit guides to pay attention to because I rarely dream this vividly.

So of course I went straight to Dan when I couldn't get the images out of my head. Turns out I did have an intruder in my home - in the form of a spirit needing to be crossed over. I should have known by how my cats were reacting to it! I also had a demonic cord attached to me that was wreaking havoc on my chakra system. My chakras are checked regularly so this happened fast. Dan sent the spirit intruder back to Source, cut the demonic cord, and re-balanced my chakras.

This was my first experience with a dream wakeup call and I'm glad I listened and had Dan fix it while it was still an easy fix. It could have harmed the energy levels in my home and shut down my chakras.

C in Florida
Oh my goodness yes it’s so weird, right before you cleared the home I got a burst of energy to put all the boxes in the basement, I opened the windows and just relaxed.
The energy feels light and clean now , and my older dog is no longer acting stressed and “ sneaky about getting into trouble “ .
Such a relief, Thank you
Kaitlin in New York
A few weeks ago we had several strange interactions in my home with what I could only assume was a spirit of some kind. It started with seeing what looked like a man through the corner of my eye a few times, and progressed to objects shaking in my hallway every time I was at my front door. The cord to a fan was flapping up and down for no reason. When I would come home it felt like someone was pushing my door closed as if to not let me in. It got to the point where I could see and feel the presence of what I was convinced was a man in my house. I contacted Daniel as He’s done other services for me with success such as cord cutting and chakra work, he scanned and confirmed everything that I was experiencing was true.
Not only did he determine that this man was a former owner of my home that had just passed, he cleared him. I instantly felt his presence gone and the air was lighter. I knew right away he had cleared my home before he even told me, I’ve had nothing happen since. It was a relief that he could determine who it was since I was worried about it being someone trying to tell me something! Thank you Daniel again, as usual you have helped me and my family and we’re forever grateful. Daniel is the real deal.
Kimberly in NY
I'm the second owner of a three bedroom suburban home that was built around forty years ago.  The home is lovely and warm but always felt a little uncomfortable, especially upstairs in this one bedroom and in the evenings.  This has been over fifteen years of living somewhat on edge... Questioning is there something, am I crazy, what is happening... Soon as my first child could make her wishes known she moved to another bedroom.  When my second child was born we put her in the original room.  However once she could make her wishes known also at a very young age she never slept again in that one room.  Family and friends who would stay with us they too commented on the uneasy feeling of the room and all of the noise they would hear at night.

Living through this experience myself I would always get woken up in the night.  It would make me feel stress and uneasy.  The kids would never sleep in the one bedroom. They would play in it during the day, keep items in bedroom but it was basically a storage room. No one would live in this one room.

It's been fourteen years now with the kids... and Daniel was recommended to me that he could remove whatever is at my home.  When he scanned the home. The overall energy field was low, but in that one room it was super high!

Daniel said there was a male spirit who said he's a family member as well as a female who was not family.  I think he was there watching over us. The female spirit Daniel identified was causing all the disturbances.  Daniel cleared the bedroom and removed the female spirit.
Soon as I came home that evening, stepping into the house it felt different and lighter. My one daughter now sleeps in her bedroom and says it is much quieter. I now sleep through the night myself.

Thank you Daniel for Clearing our home !
Jennifer in CA
We've been living in our townhome for several years.  Over the past couple years my ten year old son complained of odd noises he'd hear in his bedroom that came from directly next door.  I just said it's the nice family renting the place that's making the sounds.

Recently the family next door moved out.  A month after they moved, one night my son came into my room to sleep because the noises coming from next door were creeping him out.  I said no one lives there, maybe it's from the neighbors on the other side and it's echoing.   He wasn't buying it, so I let him sleep in my bed and I went into his room.   Well, sure enough I heard the loud banging and slamming of dresser drawers.

That morning I told Daniel of these sounds occurring for kind of a while and my son was really bothered and said I verified It was still vacant and for lease, but new people were moving in the following day. Daniel said a lot of times it's spirit trying to get a person's attention because a concerned health issue. The new family moved in and the next morning I asked the mom if they heard strange sounds and I promised it's not from us.  She said, "Yes, I thought my son fell out of bed and we heard walking and drawers closing."  This house is haunted.

I messaged Daniel and he said a spirit was present. Daniel was supportive and said bottom line the other family is not there to get the message. And this spirit doesn't belong there.    I'll speak with my guides to get the spirit to move on. Sure enough before the same evening I felt a shift in the energy.  The next morning I asked the new tenant’s mom for an update and she said no sounds and the energy felt lighter.   I recently checked in again and it’s been two months since these spirit issues and it's still clear!

Thank you Daniel!  Your remote healing work amazes me every time!!!
Sue from Marin County, CA