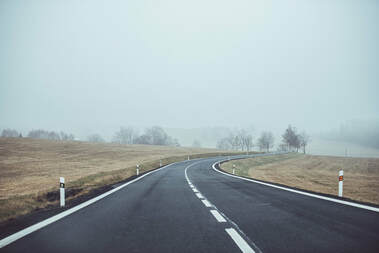 Many variables exist as to the why a vehicle can trap negative energy?
Private aircraft and larger boats, same reasons apply however this would be multiplied by more people bringing in negative energy.

The difference is smaller energy fields will impact a person based on their sensitivity levels more profound than a home.  The energy field is smaller so less of a circulation area is available.
​
Energy scanning will vary per case however this is a realistic guide. Contact Daniel for a complimentary scan of your vehicle
*NEW* Energy Filter Activation for energy fields.
Click to find out more about negative energy & your home.

Yes, my car is much calmer now, and both energetically and physically cleaner. ( I was inspired to clean it out and move some clutter around right after you did the energy work. )

It's a big help! Every time that I would drive to the grocery store or to work or whatever I felt like I was getting stressed out and crunched up, literally it was making my back hurt and my hips and neck feel tight. It's such a relief to not have that stress happening several times a day while I'm en- route to different places.

Chris in California
I was clearing my house using sage smudge sticks and when I got to the garage where our cars are parked I noticed a huge energy shift for the worse. The energy was very different from the rest of the house. It made me not want to go into the garage at all. This got me thinking what could it be. Then I was reading Daniel's web site and noticed the section about vehicle clearing so I thought, that's it! I think I need this. Then Daniel said there were 33 - 34 bad energies on each car, and that was too high. After the clearing I felt a shift almost immediately. The next day it was so much easier to drive, I didn't feel anxious about driving at all. That was another big change.
Lorena in California
A family member gave my husband a super nice hybrid car. This family member would often express aggressive negative behavior.  My husband had Daniel's distance healing services and he felt balanced and more in control.  Although I noticed after his commute from work to home he would arrive super grumpy.  Daniel scanned the car and cleared the energy.   I noticed an improved change, my husband had tons more energy when he got home and in a much better mood and more himself.  After Daniel's clearing I drove the car and it felt amazing, like a brand new that had never been driven!  Thanks Daniel for clearing away the commuting cooties.

Cheers!
Rebecca in California
Recently I enlisted Daniel's service of Transportation Energy Fields for a car I was interested in purchasing. Daniel scanned it and located 53 negative energies. Wow!  He cleared the energies from the car. A few hours afterwards, I test drove the car, which included having a mechanical friend test drive the car too.

The vehicle was returned to the owners for six more days before I became the rightful owner. During this six-day period, the sellers began taking extra measures for caring for the car. In addition to detailing the car, there were extra steps taken on their part to make sure that things were right. The sellers are currently in the process of moving overseas and were very short on time to get anything done. However, I could see that Daniel's energy field clearing had an impact on them, as they took the extra time to give the car some TLC and under the hood attention.

After receiving the car, it felt like mine. I asked Daniel to scan it again to verify that the energies were still clear, and he confirmed they were. While the car has now been in my hands for less than 24 hours, it truly feels like "my" car with good energy in it.  This service is very worthwhile and I encourage everyone to consider having this done to your vehicles. It really does make a difference energy wise and it brings about an entirely different energy while driving in a good way.

Stephanie G.
Seattle, WA
One of my cars is over 50 years old (built in 1964).  Daniel scanned it and discovered that the car had a negative energy level of 42.  Because a car is much more confined than a house, Daniel recommended that a reading over 25 should be cleared.

I've owned the car for almost 5 years and was always nervous when I drove it.  My reasoning was that it was a challenge to drive because it's old and large.  I was constantly making little corrections and was overly cautious/fearful about the car not performing well.  As soon as I got into the car, I would get tense and anxious.  Although I admired the vehicle, I never felt comfortable in it.
Daniel "cleared" the car in the morning, after I had gotten to work.

I got into the car at lunch and felt calm, nothing like the nervousness that I had experienced before.  I have been driving the car daily for the past 4 days and it "feels" like a completely different vehicle.  I enjoy driving it, and as strange as it may sound, it feels like it handles/performs better than before.  I realize that it's actually me that is handling the car better.  I no longer feel anxious/fearful in the car.
Mark in Arizona