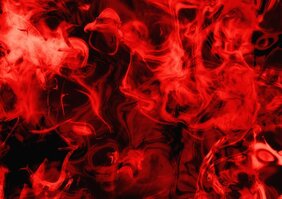 Recently, Dan performed a Toxin Release on me.  Dan detected 10 toxin cords, and subsequently cleared them.  About a day-ish after Dan did this, I felt as if I had a hangover or mild flu.  Dan warned me I may feel a bit out of sorts. This lasted for a couple of days; but when I woke up about three days after the cord cutting, I felt significant improvement.  I felt the way one feels when one has been eating clean and getting enough rest; two things I haven’t been doing enough of.  These effects continue even after some time has passed.  I feel as if “stuff” that was dragging me down and making me feel unwell had left me.  As always, Dan has me feeling good and more myself.  Thank you Dan!
Pete (NY)
When I can’t clear myself, Daniel always comes to the rescue when my family and I need the help. After house hunting for 4 straight weeks walking in and out of homes and different energy fields, I contacted Daniel for a scan to clear and balance my chakras as well as try out his new service of toxin cords. As an empath, I just know when certain behaviors and emotions don’t feel right. Sure enough Daniel found a dis-ease cord and 4 toxin cords on me.

Day 1, within 2 hours of the dis-ease cord cut and 4 toxin cord cut, my solar plex was aching and old negative emotions rose up. I was aware that this could happen so I was trying to calmly observe my thoughts and not run, hide, or shove them back down. My inner compass reminded me to hang tight and to brave through the negativity that emerged. The feeling was intense; raw emotions I have not felt nor allowed for years all came up.  I attempted to observe myself as a 3rd person watching it all unfold. I witnessed and remembered a younger version of myself. A time when I would easily get angered and defensive to protect my ego from my inner child wounds. Abandonment issues rose up too. Fear and anxiety dominated my thoughts making it difficult to sleep. It was a battle with self destructive thoughts. I wanted to run but didn’t because I knew it was a temporary hell that I needed to face head on. Whatever Daniel removed it wanted back in and not only that, it wanted me to give in to those negative thoughts to break me down but my fighting spirit hung on as I drifted asleep.

Day 2 Woke up restless and lethargic with heavy brain fog. I had completely forgotten to look out for detox symptoms as I thought my crappy feelings were a result of a poor nights sleep. I remember driving still feeling the negative weight from the previous evening on my shoulders. It led to a self talk moment where I told myself, “I will not give in, I will not give up. I will rise with strength with every test you give me because I will not fall into the trap. I will only allow love and light to flow through me.” I stepped outside of my car and I immediately felt light headed. My mind was foggy and I couldn’t focus on my conversation with a friend. Daniel did warn me for possible mental and physical symptoms on day 2. Later in the afternoon, the negative thoughts were no longer there. However, I started to feel physical symptoms. My solar plex started to feel weird making me nauseous yet I decided to still do a low impact workout to sweat out these detox symptoms followed by yoga and breath work. After cooling down I immediately felt hot and cold chills with my fingertips turning numb which resulted with vomiting. As gross as this was for me, I literally felt like my body was purging out all of the negative crud from all the nooks and crannies within me. A warm energy rushed from my feet to the top of my head, my vomit was like hot liquid! My head was spinning and time started to slow down mentally in slow motion. Usually when its a stomach flu, I am out for the day and I have no appetite to eat. Immediately after this 20 minute episode, my body cooled down and I had this huge sense of relief. I took a 20 minute power nap and woke up fine. It was like my body needed a quick reset and reboot. There was no nausea and I continued my evening like as if nothing happened!

Day 3, Woke up clear headed and light. No negative thoughts or negative feelings. Conversations with my partner and family were in harmony, I returned to my normal self, speaking from a place of compassion and optimism. I was slightly dehydrated with a mild headache and dry mouth so I made sure I was good on electrolytes. Shortly before falling asleep writing this, my body was ready for a good nights sleep earlier than normal as I usually have a mild form of insomnia.

By far, this has been an impactful toxin and dis-ease cord cut. It really did feel like a quick temporary healing crisis and Daniel was very clear and supportive in the process. Symptoms felt was like a detox but recovery was rather quick. I feel light as a feather and back to myself again. I am really happy with the results of this healing, truly transformational!  Thank you Daniel!

After Daniel scanned my energy, where he located 9 energy toxin cords, I decided to have him clear these and see if this process might improve my general well-being.

We began this on a late Friday evening when I would be home and had a few days to process. The following morning I felt my body was already expelling what it no longer wanted. Thankfully it was not severe nor of a long duration. I did not experience any severe side effects the next few days, just some occasional releasing through my digestive system and a mild increase of brain fog. After the 3rd day, my body and mind were much improved, as the brain fog which has been preventing me from getting things accomplished seems to have gone. My body has responded with more vitality than I have had in the past few years!

Daniel found 8 cords on me and after he cut them, I noticed a general sense of well-being and stimulation. It had gotten late the night of the healing as I had trouble falling asleep and I was worried I would be going to work tired the next day (and somewhat concerned I would get a headache as Daniel said that was a common side-effect of the cord cutting.) But despite only getting 3 hours of sleep that night, I found the next day at work to be quite energy-filled and I didn't feel at all tired, leading me to believe the cord cutting may have helped clear out toxic stuff that causes fatigue.
Andrew in PA
Daniel cut 8 toxin cords for me a few days ago. I was a little apprehensive to try this healing because of my extensive history with traditional detoxes. I suspected I was going to feel like garbage for a day or two and I absolutely did. But what else can you expect when we're clearing out old stuck energy? The headaches started first then the belly aches. At least the bowel movements were not painful and weren't the type that kept me locked in the bathroom all day. Though I could tell a lot of built up sludge and mucus made it's way out. I spent a day on the couch then went for a walk and a yoga class today and I felt much better afterwards. I'm super sensitive to energy so I doubt everyone will have such a strong reaction. 48 hrs later and my energy has returned but without the brain fog that I'm used to. I'm glad I had a few days that I could take it easy and focus on self care. Like any detox - hydration is super important. This healing clears the toxins out on an energetic level through cutting the cords and is much deeper and more complete than a typical detox. The best part is not having to go through the process with a bunch of supplements and green drinks or starve myself for a week!
Veronica in Florida
The scan revealed I had 6 toxin cords which makes sense, I have done a ton of detoxing with holistic products over the years. Daniel cut the cords and maybe 12 hours later I started getting headaches. No migraines but it felt similar to toxins being flushed out from a detox. The next day my gut felt a bit strange but no belly ache. A day later I feel normal again, but I know from those symptoms that popped up the toxins are working their way out.
Joe in Minnesota